Itsme: is the desktop metaphor really over?

Last week a friend of mine, knowing my increasing interest in interaction design, forwarded me the poster of a talk held in University of Milano-Bicocca about a new project named itsme.

Since I always welcome any excuse to visit my alma mater and one of the speakers has been my professor during my studies, I took half a day off work and went to attend the seminar, filled with curiosity. 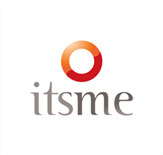 According to its creators, itsme tries to move away from the desktop metaphor towards a new one, focused on “stories and venues”. Trying to sum up the ideas behind the project (I suggest you to visit their site for the full story), stories are linked to the purpose and motivation behind the actions we perform on our workstations. Venues are a sort of virtual place that collects all the files, documents, media, contacts  and information in general which are related to a story.

I really like the idea, because it can be an effective way to organize heterogeneous information, which is something we all try to do. Advanced computer users need to catalog a huge volume of data in a way that suits their own needs, and each of them ends up developing a unique set of tricks, expedients and conventions to make this task easier.

But that’s a challenge that becomes more and more overwhelming with the growth in complexity and diversity of the information to aggregate (think about audio messages and IM, for example). That’s where a decent support for venues would make a serious difference. And that’s why I like the general idea behind itsme.

There is one point that leaves me perplexed, though.

Although it always sounds cool to be radical and challenge the status quo (as Seth would say), I wonder if leaving totally behind the desktop metaphor is really a good idea after all. The vast majority of computer users are familiar with it and, although often ineffective for some complex activities, it’s adequate for a lot of the simpler ones.

Certainly they considered augmenting, rather than replacing, the desktop metaphor with stories and venues. I’m curious to know what led them to choose the latter option.

Wasn’t it possible to implement their vision on top of existing Operating Systems? Frankly, I doubt it.

Moreover, I am curious to learn how (if) they are planning to handle sharing and collaboration: the speech and all the material I saw sounded pretty vague about this subject.