In Milan, like in many other cities, public transport tickets have a magnetic strip on the side that is used to check their validity by means of electronic readers.

Even now, some years after the introduction of the new tickets, a lot of people still insert their tickets in the readers in the wrong direction, and can’t pass the turnstiles until they get it right. The technical reason for that is the magnetic strip placed on one side of each ticket so that it can be read by a machine, but it’s a poor design choice forcing people to pay attention to a puny detail such as this.

What is even more frustrating, is that there exists a trivial solution to this problem, and it is the one that has been adopted in Paris: tickets there are symmetrical, and the magnetic band is placed in the middle, so that it can be read in any direction. 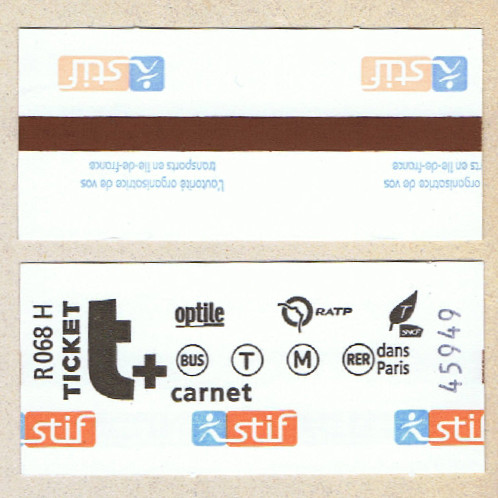 They did a good job, because they left behind an old convention (having a magnetic band on the side, which probably makes sense with cards you have to swipe) and chose a less common placement, putting less constraints on the experience.

comments powered by Disqus
Previous
Better not to forget it: Nielsen on users
Next
Machinarium